Survive this. The New Hampshire GOP primary of 2012 was one of high stress, and large scrums which were sometimes violent. Some cameramen came close to fist fights in a parking lot. Diners were packed with reporters and photographers, many times knocking over plates of food. Ron Pauls' wife was shoved to the ground. Outside of a late night Santorum event, his security detail actually pushed press photographers to the ground during a melee, of a primary which never seemed to end.

EXETER, NH - JANUARY 8: With two days before the nation's first presidential primary, Republican presidential candidate and former Massachusetts Governor Mitt Romney has words with a man in the crowd who heckled him, following a rally at Exeter High School in Exeter, NH, Sunday, January 8, 2012. 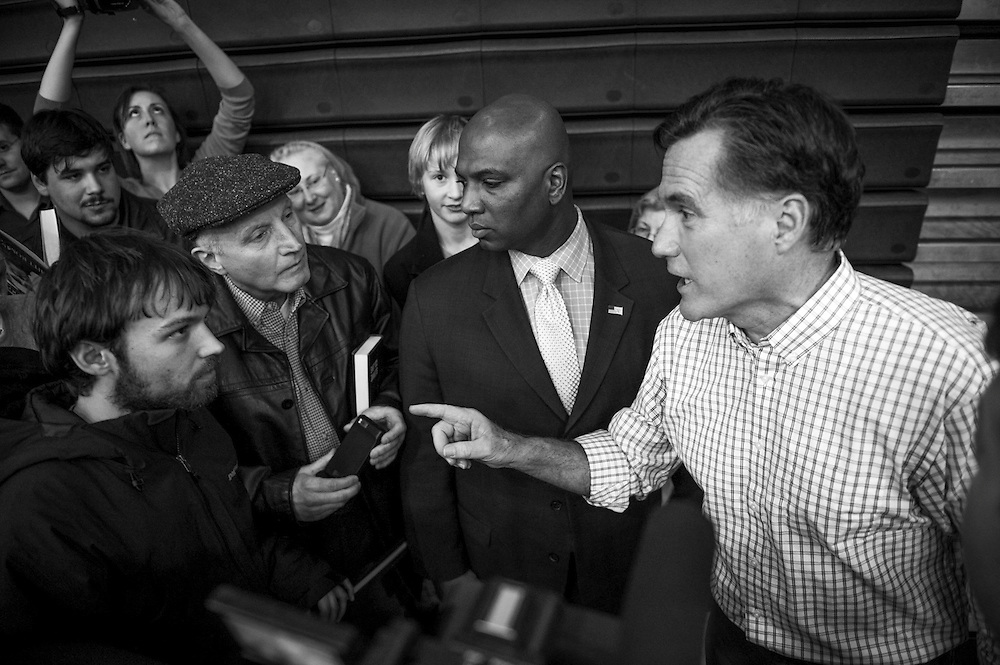